This project was an unfamiliar experience for a number of reasons. First, it was a hardcore renovation, a switch from the shiney new construction we’re typically asked to build. And perhaps even more unusually, it was a project jointly undertaken with friends. We loved both of these new notions–fun all the way around. But after a day spent inspecting the project, sorting through the mess, and establishing a plan forward, it was time to head home and consider how we were actually going to make it all happen.

Perhaps it was the long, dark ride home after a day spent looking over the entirety of someone else’s earthly belongings, or perhaps it was exhaustion. I’ll never know for sure. But a few things were certain–my clothes were covered in decades worth of dust, spiderwebs, and grime. My eyes were dry, itchy, and tired. And worst of all my heart was heavy. There was something about the 2-hour trip home and traveling beneath a nighttime sky that probed my mind to ask an introspective question. 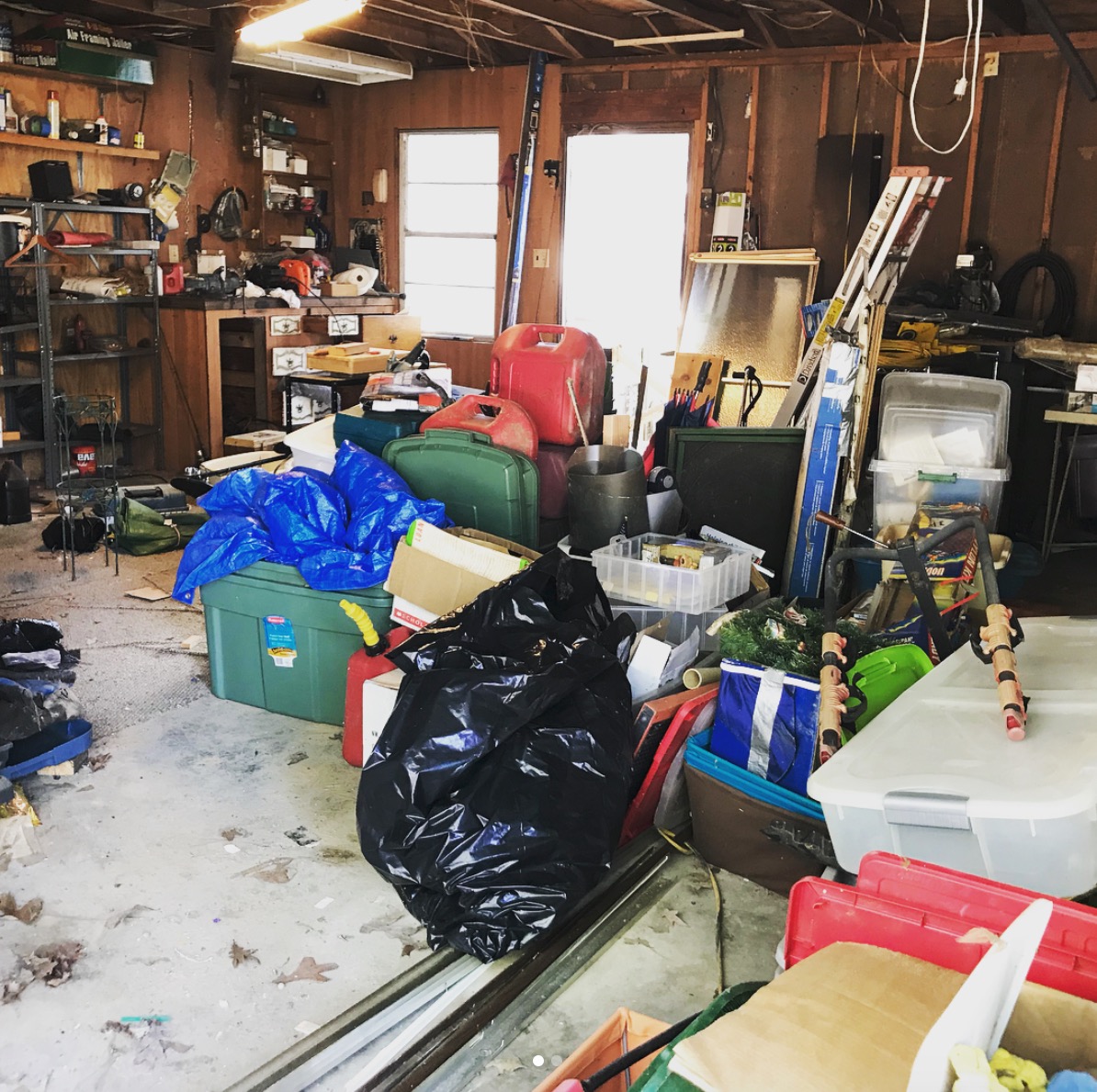 Was the spirit of that gloomy old lake house speaking to me?

I believe so, and it was a sad, silent conversation. The cottage had once been the perfect lake house, nestled amid tall, straight trees and boasting pride of place on the peninsula banks of a vast, stately lake. The view was nothing short of breath-hitching. But years had passed, and only the walls know exactly what happened…how things went awry. The lakeside cottage on the hill had been neglected. Decades of accumulated things–seemingly everything–littered each square inch of the place. And who knows how long this accumulation of odds and ends had been stagnating there, pitifully waiting on us to end the misery and throw it all out with the trash.

#Tearitup (Beau’s favorite phrase) and #demoday were kind of like taking a child to the doctor, knowing full well that a nasty shot was forthcoming. As every parent knows, no matter how necessary the injection might be, it’s the anticipation of hurting an innocent, unsuspecting child that’s so gut-wrenching. Such was the case with willingly tossing someone else’s lifetime of belongings. It didn’t matter that the piles were mostly junk, nor that they reeked of a medley of odors. It still felt terrible. Just like a shot.

Now flash forward a few weeks. Same late night drive home, but I wasn’t as filthy-dirty this time around because the house has been cleared of debris and #demoday had come and gone. The walls had been stripped to the studs and #buenoreno was well underway. Low and behold, the spirit of the lake house was speaking to me again. This time the vibes were much better. The new pulse of the cottage was strong and steady. And if I didn’t know that houses don’t really speak, I’d swear the lake house was thanking every person who had a hand in ripping it clean. With each workday that passed a whole new life stretched before the cottage, and it was happy. 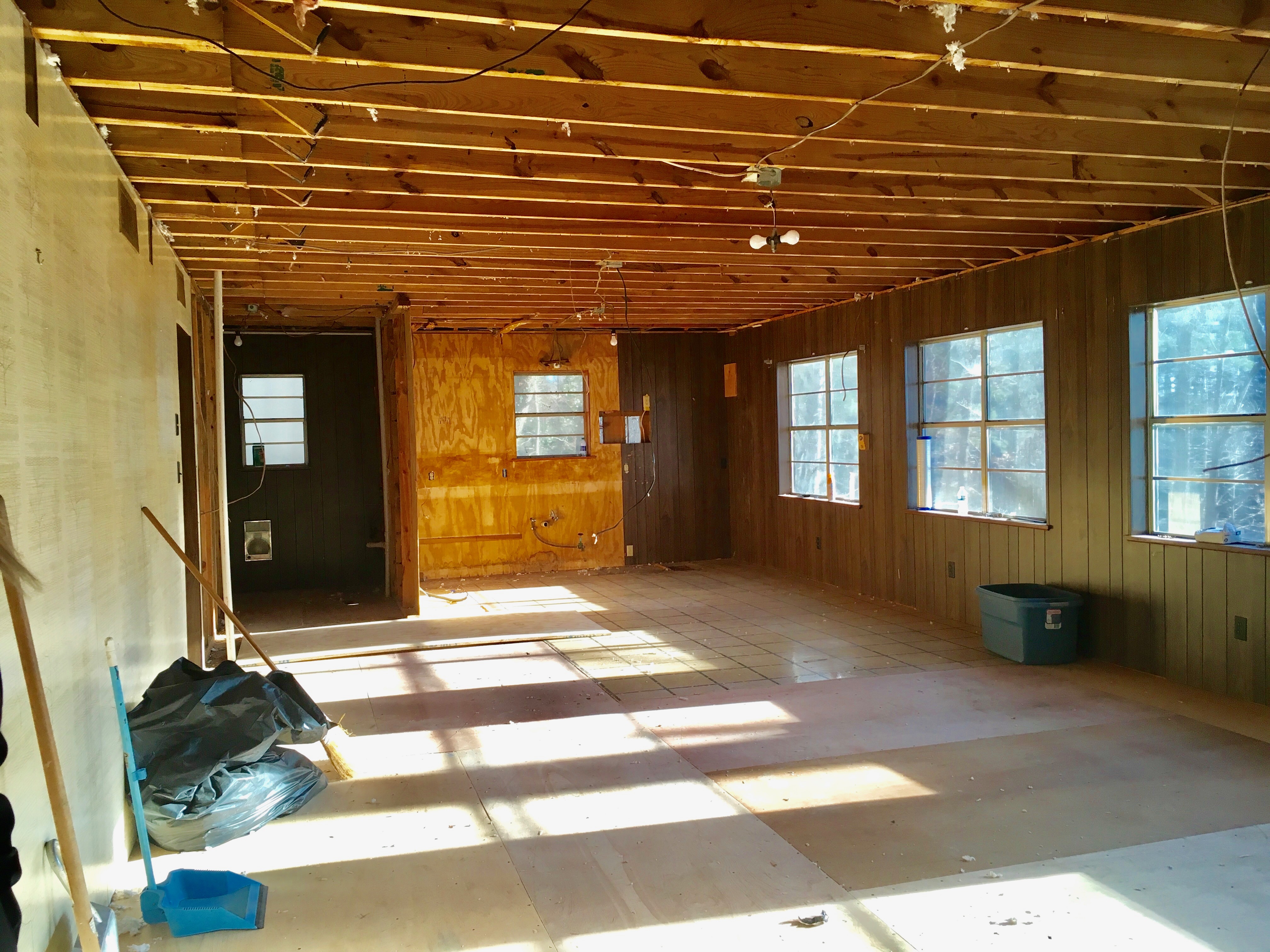 The voice of a house speaks in the silence. What is the spirit of your home saying?

For more amazing views from the cottage, feel free to follow our little renovation project on Instagram(@Hillside_Cottage) and/or on Facebook(@Hillside Cottage Renovation). 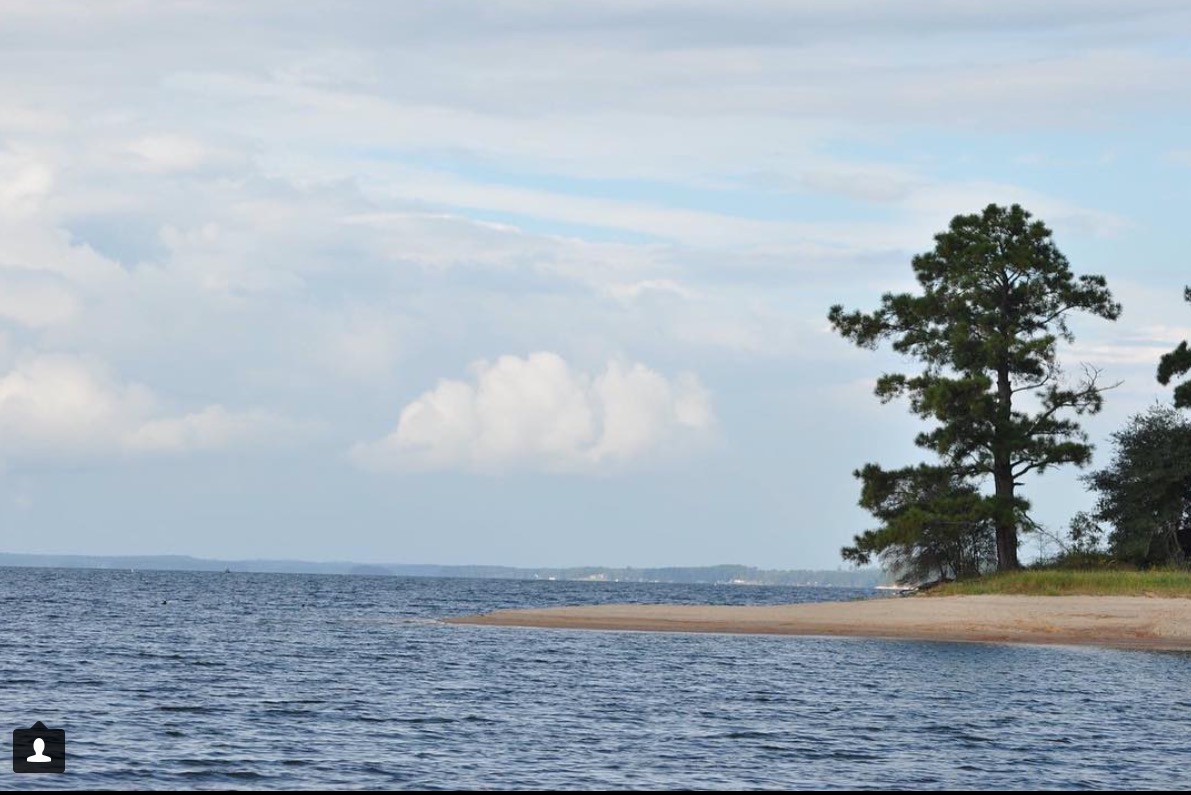